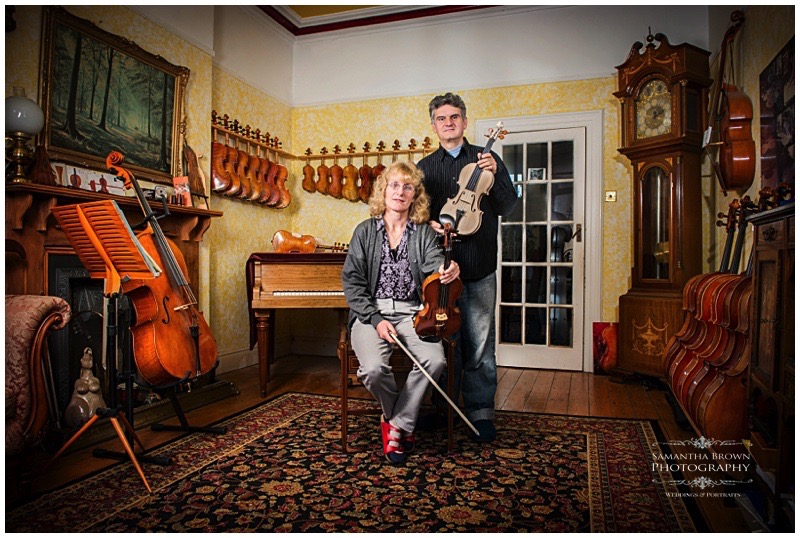 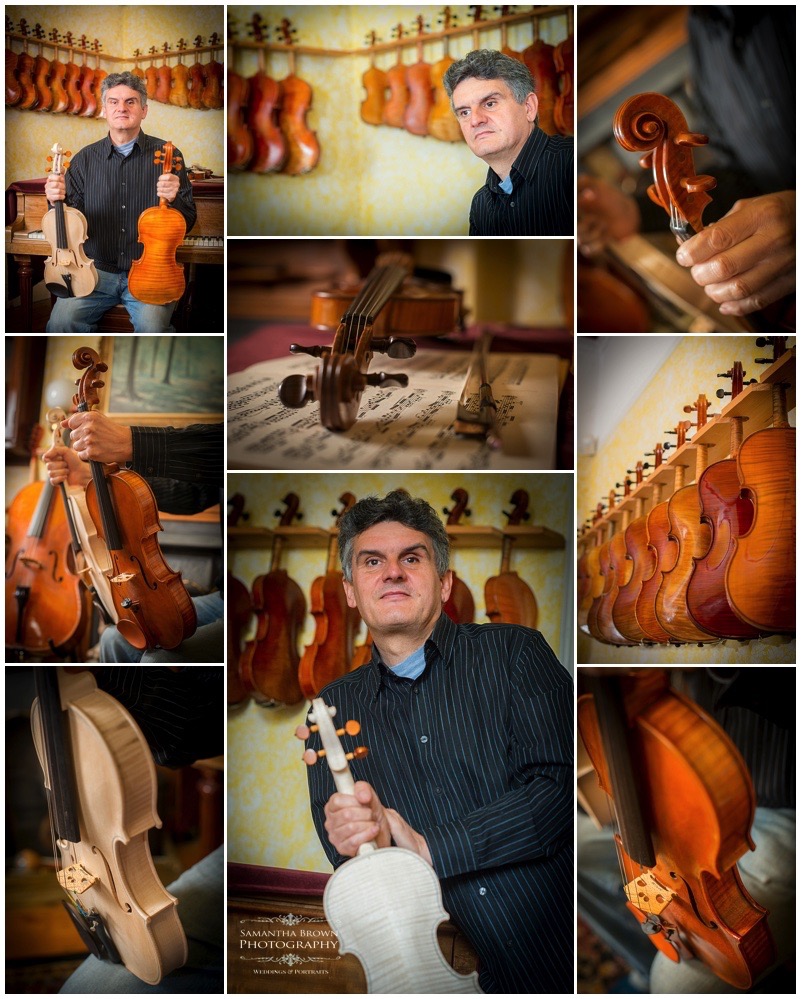 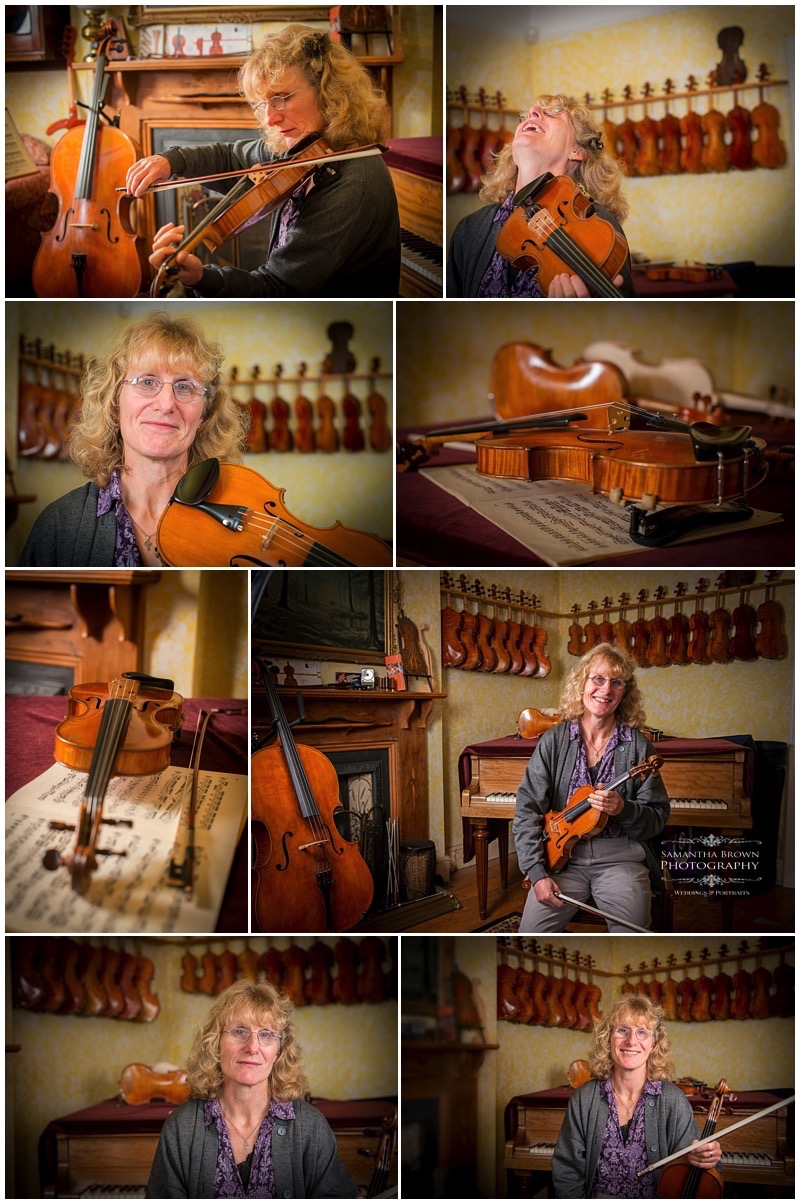 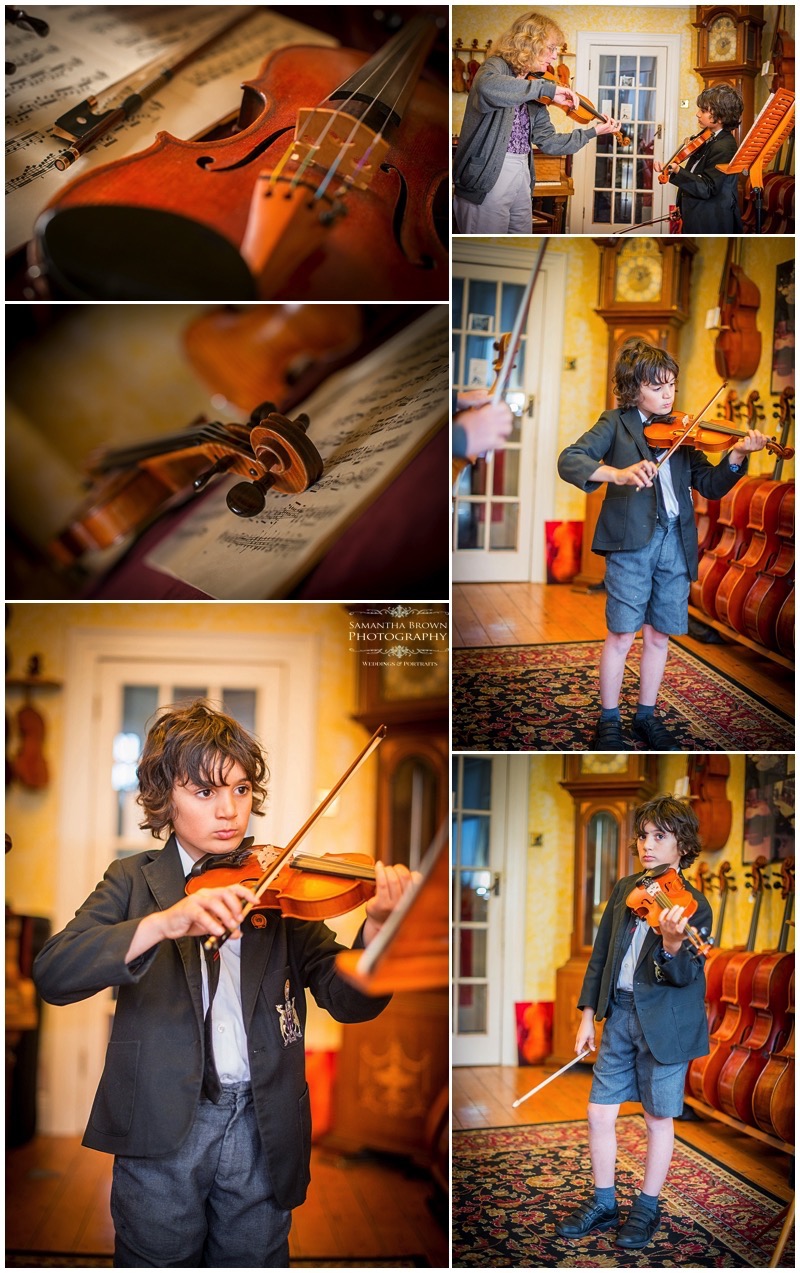 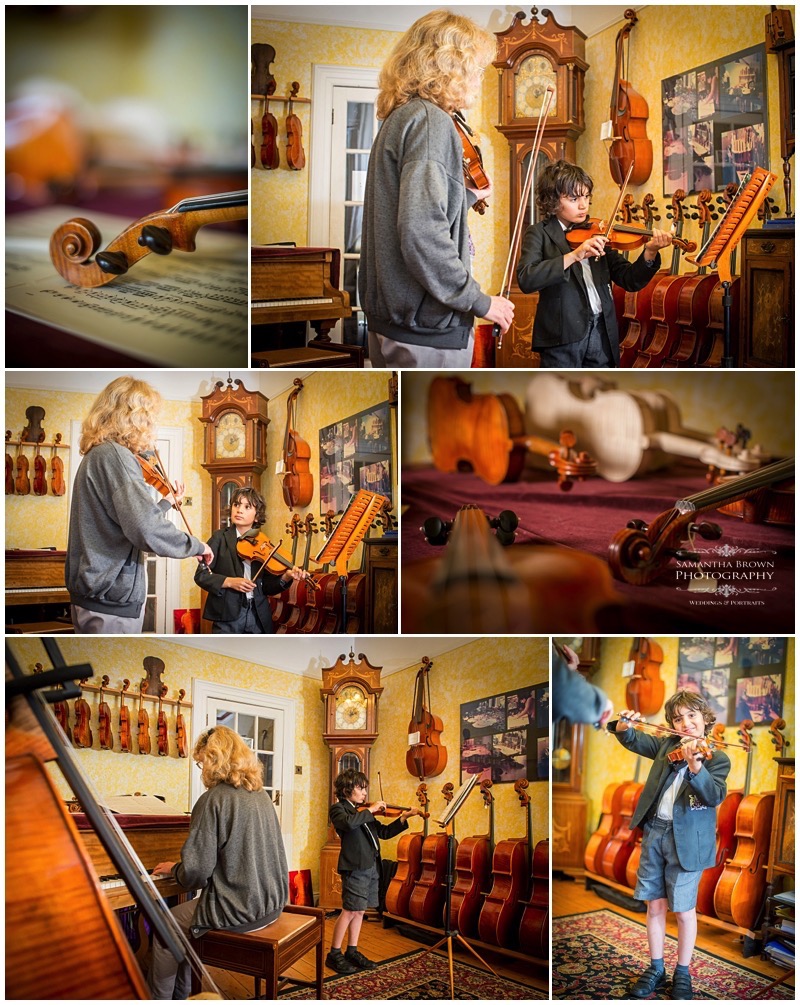 Neil and I had the pleasure recently of photographing Liverpool’s music & violin makers, Kirsten Sothmann who teaches violin and Yan Shelley who restores and makes violins at their wonderful home in Liverpool. My son started lessons with Kirsten just under two years ago at Merchant Taylor’s School Crosby when he was given the chance to try out an instrument, after a year he decided to have lessons at her home and he has grown to be very fond of the violin and Kirsten!  Kirsten has a lovely rapport with Rohan and has been very inspirational to him. Kirsten studied at Hanover Music College, originally trained as a classical musician but also enjoys other genres, such as folk and jazz. She is also a member of Crosby Symphony Orchestra.

Yan Shelly has been involved with classical music from a very early age. His grandfather played first violin in the Royal Liverpool Philharmonic Orchestra and his father led the RLPO for over ten years. Yan realised early on that he was actually more interested in the way the violin was made rather than playing it and  decided that he wanted to be a professional violin maker. You can find out more about Yan here:
Yan Shelly

My love for photographing musicians started many years ago with the Liverpool Philharmonic Orchestra when I used to photograph projects for their education and outreach departments, they recommended me to the Manchester Halle, Opera North and Scottish Chamber Orchestra where I travelled all over Northern England, Scotland and the Highlands photographing various projects and doing editorial portraiture. This strangely enough led me to becoming a wedding photography as a lady that worked on projects for Liverpool Philharmonic got married and asked me to shoot her wedding in London and the rest is history!

Its been a busy week for us attending Rainhill Music Festival where Rohan became a finalist and performed in a concert on Friday.